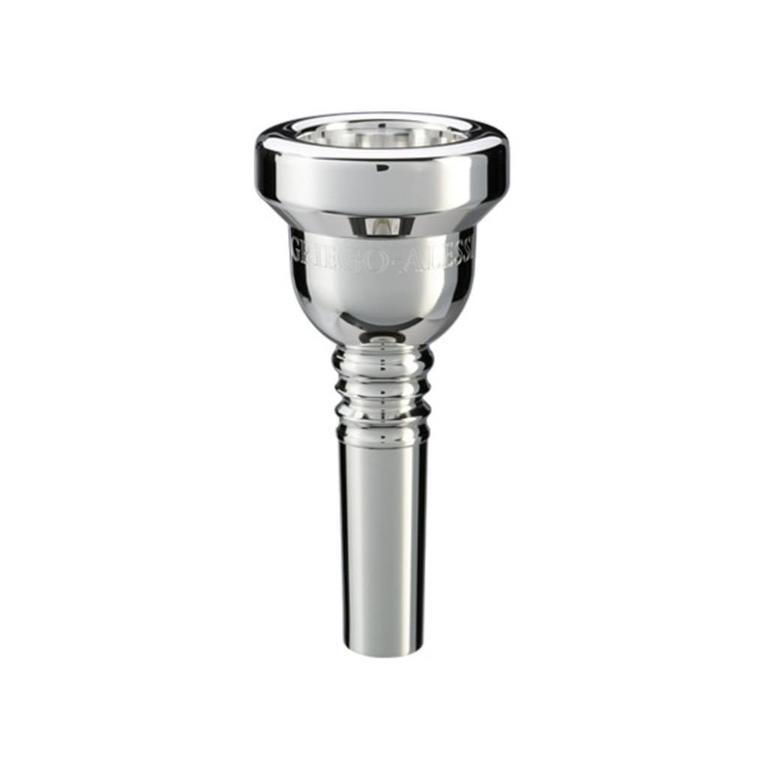 Griego-Alessi 7C
Great all around mouthpiece. Very close to standard Bach 5 except with the wider Alessi rim.
Watch video
Share this product:

Our primary objective in creating the Griego-Alessi line was to provide you with both a great mouthpiece as well as a great mouthpiece series. Each series (1, 3, 4, 5, and 7) currently has six models (A, B, C, D, E, and F) with identical cup diameters and rim shapes. The differences between the mouthpieces in each series are in the cup depths and throat dimensions.

Once you have chosen the mouthpiece that best suits your playing, you should be able to move freely among the other mouthpieces in that series to find the optimal cup depths and throat dimensions to satisfy your musical requirements.

* The 1, 3, and 5 series correspond exactly to previous Alessi models.

** Although numbers may be different from other web sites, dimensions are consistent with previous line.